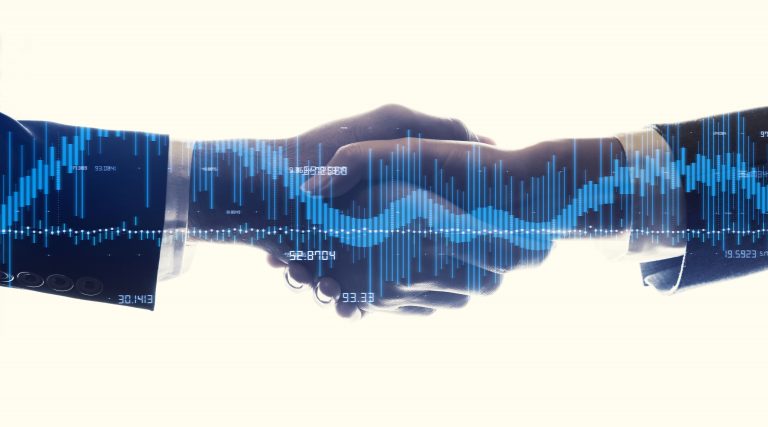 What are smart contracts?

In essence, a smart contract is a binding agreement written in code on a blockhain. The big idea behind it is that contractual performance can be automated, ensuring that contractual obligations happen automatically if the steps of the transaction occur as agreed. Many think this has significant potential to reduce the risk and cost of transactions.

To illustrate with an example, you have agreed to buy a mansion for £10m from a shell company in the British Virgin Islands. On one level, this is straightforward – property in exchange for an agreed sum. However, in the real world a certain amount of aggravation stands between you and your fancy new pad. You have to engage an expensive lawyer to thrash out the finer details of the contract. You have to pay an escrow agent to hold your money and remit it to the seller in accordance with whatever hideously complicated process the lawyers dreamt up. Then you have to trust that the warlord discovered to be the ultimate beneficial owner of the shell company midway between exchange and completion hasn’t done a runner with your deposit and that no one noticed the breach of international law you committed by paying it after the lawyer forgot to check the sanctions list.

However, in the smart contract alternative, you could replace the expensive lawyer with an equally expensive developer who would write your agreement in code on a blockchain, thereby ensuring that the purchase price is paid automatically and conditionally upon electronic clearance of KYC checks and registration of title, meaning that you don’t have to trust in the good faith of warlords or the competence of lawyers and that what was a hideously complicated transaction reverts to its essential simplicity of property in exchange for an agreed sum of money.

Is this finally going to kill all the lawyers?

Every year, the research firm Gartner publishes its influential ‘hype cycle’, the concept behind which is that breakthrough technologies tend to track the following arch: (i) huge amounts of buzz on launch when no one knows anything about the tech beyond the raw potential its stakeholders promote, (ii) people realise that applying this untested tech to the real world leads to boring real world problems and decide the tech is rubbish and (iii) after a while, engineers fix enough of those real world problems for people to agree that, even if the tech isn’t going to change absolutely everything, it can still do a useful job. At the moment, Gartner places smart contracts in the first of these categories.

There are some obviously good reasons for scepticism about the ability of smart contracts to bridge the gap between potential and real world utility. For example, in the context of cross-border commerce, what law applies to the contract? Is a smart contract even a legal contract under the law of the applicable jurisdiction (wherever that is)? Once a smart contract is executed and recorded in the distributed ledger it cannot be reversed, so how does this accommodate serious problems with the contract discovered after the event? The blockchain is a public ledger – how does that fit with the confidentiality concerns of many commercial counterparties? Perhaps most fundamentally, traditional contracts involve translating commercial relationships into language that the parties agree on, with language being by definition sufficiently flexible to encapsulate any kind of complexity, and the courts being able to interpret linguistic ambiguity in circumstances of dispute. A smart contract is written in (inflexible) computer code, which both the contracting parties and the courts are unlikely to understand very well, and which from a technical perspective must be recorded as a series of if/then statements responsive to secure digital data, restricting the situations in which a smart contract could work. Lawyers and other contractual intermediaries can probably breathe easy for now.

Is this just nonsense cooked up by microdosing nerds in San Francisco?

There is no consensus as to the true potential of the technology, when it will truly manifest, and what any of that means for decision-making right now. It is reliant on the blockchain, which is a controversial technology that many think will never really make it in the real world. Many of smart contracts most fervent advocates may very well be wild-eyed twenty two year olds who have never been to a board meeting, still less had to draft the minutes.

On the other hand, the world is definitely moving digital, meaning the environment in which smart contracts could work is rapidly expanding. Making global contracts frictionless is a goal both suitably ambitious and lucrative to attract enough of the kind of brainy, driven and greedy people to allow a puncher’s chance of cracking this, or at least making something that works a bit. And if the technology advances to a serviceable level, it is reasonable to think that many businesses may be very strongly attracted to doing away with all their contractual intermediaries and nagging worries that their contractual counterparties will not do as agreed.  It is also a fascinating area that raises many interesting conceptual and practical questions about the interaction between national legal systems and computer code, which are reasonably likely to become increasingly important in the future.

How likely am I to see one in the wild?

They are already out there. Financial services is likely to be the best place to find one, particularly in Spain. A number of Spanish banks, including the international giants Banco Santander and BBVA, are currently piloting a platform seeking to enable the execution of inter-bank payments pursuant to smart contracts written on a blockchain. More generally, financial services offer excellent conditions for smart contracts (e.g., lots of good data, strong financial incentives to increasing transactional speed and the kind of abstract, numerical contractual subject matter that reduces well to code). For example, in a derivatives context, a smart contract could automatically calculate and pay the relevant margin according to the agreed terms and self-terminate in the event of default or maturity. While it is harder to see how you could at the moment, say, usefully engage a sub-contractor on construction project using a smart contract, that is not to say people will not one day try. Indeed, it is very possible that someone out there is already attempting it.